As part of the DigitalDNA conference in Belfast in early June a hackathon was held in the wee hours around the topic of youth unemployment. 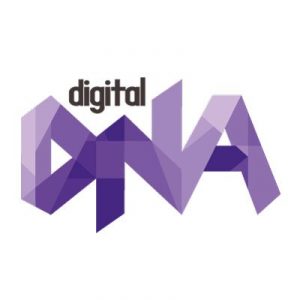 The challenge was to develop, in teams, a app/service/tool to help alleviate youth unemployment, within 12 hours. The prize? A trip to Dubai to present to a VC firm.

Guess what, our team won, woot!

At the end of the first day of the conference, while the ‘corporates’ were milling out, the ‘have-a-go techies’ started appearing from the shadows. 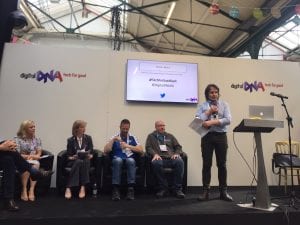 The hackathon started at 4pm with some invaluable panel discussion from youth workers around the topics involved with youth engagement.

The insight learned from these discussions, and from further engagement with these domain experts, really helped to shape everyone’s thoughts around potential solutions.

And then, we were ready to go…….almost.

First we needed a team.

Now, I’m a decent programmer, but I know my [many] limitations. Entering a hackathon on my own was not on my radar; I wanted to learn from others experiences and skills in this 12 hour window. 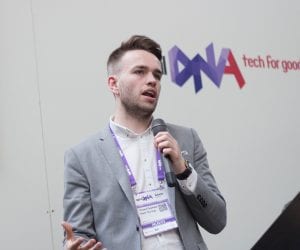 Luckily, there were others in a similar position, and we quickly formed a team; myself, Luke Roantree & Hussien Elmi (we did have Samir Thapa at the start but unfortunately he had to leave early on and could not return).

From working with Luke’s father at Spatialest and hearing good reports from friends about Hussien at Deloitte, I knew we had a great team.

12 hours to bring an idea to life may seem an achievable goal at first sight, that’s only if you have a clear idea in the first place. 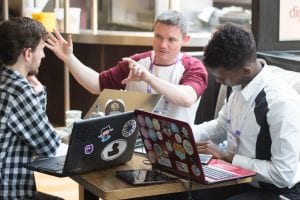 Creating and distilling ideas is a time-consuming process, but fortunately the domain experts were on-hand to help. By bouncing ideas off the experts our team managed to agree on an initial direction and set to work.

With only about 8 hours to go, we were ready to rock; we were going to build an app. 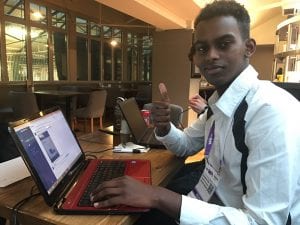 Myself and Hussien had previously met at an Ionic meetup where I was speaking; using this hybrid mobile app technology was a no-brainer for us. With Ionic you can build cross platform apps very quickly; time was of the essence. Although Luke had not used the technology before we knew he was a whizz at anything he put his mind to.

Pumped up on red bull, coffee and pizza all the teams really started getting into their stride around 11pm.

After the original chatter in the early evening all the teams were furiously coding away. With the realization rapidly dawning that less than 5 hours were left on the clock, the teams had partitioned out their work and were now working in silos.

Funny thing about coffee and Red Bull, what goes up, must come down.

Around 2am the effects of the long day and caffeine started taking its toll. Dreary eyed developers roamed the conference space and focus started shifting away from computer screens to thoughts of bed.

After 3am very few people were left and eventually even our team decided to call it a ‘day’. 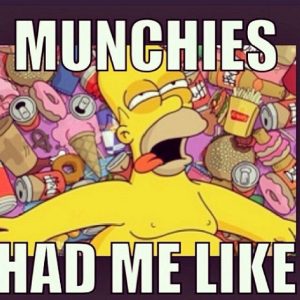 After gathering up as many free cupcakes, cold pizza, beer and crisps as we could humanly carry (admittedly it was a lot!), we started to make our way home on foot. We must have looked a random bunch on the Ormeau Road at 3:30am, but to my surprise, not many people batted an eyelid at 3 geeks laden with that many munchies at that time in the morning, go figure!?!?

The presentations were to take place in the afternoon of the 2nd day of DigitalDNA conference. 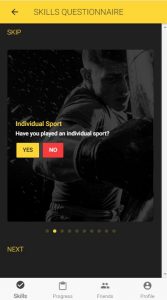 By this stage our app had quite a polished feel. Working with collaboration tools such as Trello, GitHub and Slack we had worked well as a team and had managed to produce an immense amount of output in a short period of time.

I had my daughter’s sports day to attend so it was up to the Luke and Hussien to present. They both knocked it out of the park!

The presentation was flawless and the demo was impressive. The judges were impressed not only with how polished the app was but also that the domain experts views’ had been taken on board. 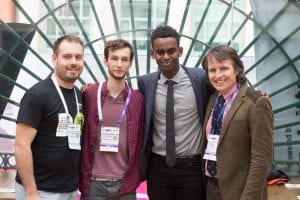 Luke And Hussien Recognized for their hard work

In the end credit must go to all the teams. Every team worked hard on trying to find ways to alleviate the globally transferable issue of youth unemployment.

Kudos also to everyone involved in making the DigitalDNA conference happen. The conference brought together all that is good about the tech scene in Northern Ireland and beyond.

Big thanks also to the organizers and sponsors of the hackathon; it was really well run and we enjoyed every minute of it (even at 3.30 in the morning).

Hopefully all goes well in Dubai with our presentation to Falcon & Associates in November. However, with such a capable team and great mentors from the HackForGood team, we won’t disappoint.